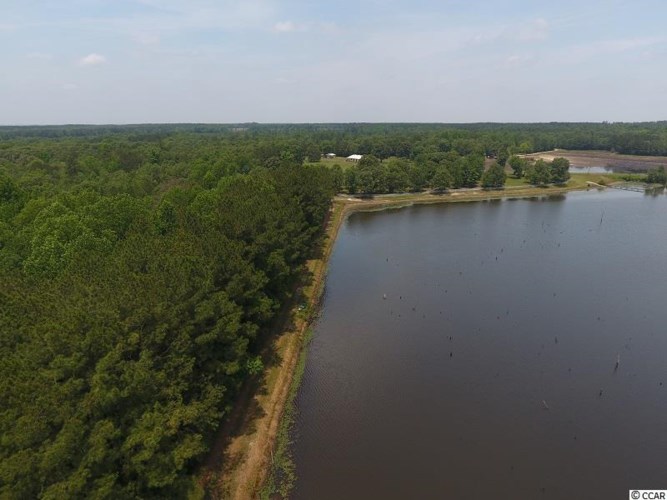 Located on Oakland School Road near Cassatt in Kershaw County, South Carolina, is PowderKegg Wildlife Preserve which consists of 550 acres for the ultimate recreational retreat. The Preserve began in January of 1986 when Andrew W. Sabbagha bought the first piece of raw land which only consisted of trees, vegetation and some animal wildlife. From there began his vision. During the last twenty years, he has built three ponds, (that were designed in such a way as to offer the best habitat for increasing the number of fish as well as the size of each fish), dams, road systems throughout the property, a residence lodge, fish camp, out buildings, deer stands & condo deer stands, multiple food plots, 8-stall stable, jumping arena, dressage arena & fencing, gazebo and arched bridge. In the first ten years of existence, an environment was created to attract the local whitetail deer. After that point in time, the high fencing that surrounds the entire Preserve was constructed. No more high fence preserves may be built in SC at this time, but this fence is grandfathered in by SC law. The fence allows the preserve to be maintained in the manner it is managed today. There is an additional 138 acres of high fence around an adjoining landowner bringing the total acres of high fence to 688 acres. The adjoining landowner is willing to sell the acreage or will be willing to do an annual lease. The results of Quality Deer Management are mature trophy whitetail deer native to South Carolina and an abundance of wildlife. The first commercial year for Trophy Whitetail Deer Hunting at PowderKegg was in 2005. Fishing is also managed to promote great fishing year after year. This enabled the first commercial year for Trophy Fishing in 2007. In 2007 the Gazebo and Bridge on the island in front of the Lodge were built. The Gazebo Event Site Rentals, opened in 2008, and allows others to enjoy the beauty, isolation and serenity of PowderKegg Wildlife Preserve as a social event. Overnight resort lodging is also available at the Main Resort Lodge and offers a waterfront view. This paradise offers all that is needed for the ultimate outdoor retreat, from the hunting and fishing, to the equestrian or ATV trails.

Thank you! Your message has been sent.

$0 per month
Year Fixed, Interest
Principal and Interest
$0
Property Taxes
Homeowners' Insurance
Home Price
Down Payment
*This Payment Calculator is intended for educational and planning purposes only.
**Assumes 3.5% APR, 20% down payment, and conventional 30-year fixed rate first mortgage. Rates cited are for instructional purposes only; current rates are subject to change at any time without notice. You should not make any decisions based simply on the information provided. Additional required amounts such as taxes, insurance, homeowner association dues, assessments, mortgage insurance premiums, flood insurance or other such required payments should also be considered. Contact your mortgage company for current rates and additional information.
The data relating to real estate for sale on this web site comes in part from the Internet Data Exchange™ Program of the Coastal Carolinas Association of REALTORS®. All information provided is deemed reliable but is not guaranteed and should be independently verified. © Copyright 2022 CCAR and Peace Sotheby's International Realty. All rights reserved. The information being provided is for consumers' personal, non-commercial use and may not be used for any purpose other than to identify prospective properties consumers may be interested in.


Note: All room dimensions, including square footage data, are approximate and must be verified by the buyer. The information contained herein is furnished by the owner to the best of his/her knowledge but is subject to verification by the purchaser, and agent assumes no responsibility for the correctness thereof. The sale offering is made subject to errors, omissions, change of price, prior sale, or withdrawal without notice. In accordance with the Law, this property is offered without respect to race, color, creed, national origin, sex, familial status or disability. This is not intended to solicit property currently listed.